Invited by Spike Island in collaboration with the Architecture Centre, osa spent time at Bristol building a virtual submarine. For the duration of the National Architecture Week, June 18th – 25th, osa were creating an installation piece centred upon the tide, the harbour and the city itself.

Taking the form of a periscope the work moved throughout the centre, surfacing and tracking our architectural habitat. A virtual submarine, its locations and appearances directed by osa’s own journey through the city, changing and surfacing at will. The periscope did not function as a viewing tool but as a site of engagement for the viewer, witnessing artist’s films and images, expanding and diversifying our experience of the urban, our view of the city. 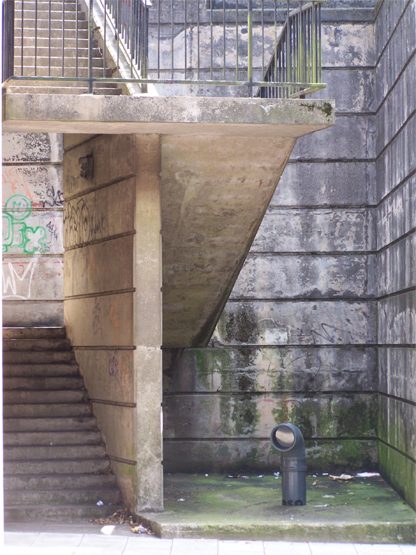