M20 provides an insight into the Art of the 20th. Century.

The New Museum of the 20th Century is in principle an extension of Mies van der Rohes  Neue Nationalgalerie by continuing its semi-basement  along the Potsdamer Straße until the Scharounplatz where it folds up into a 5-storey high building creating an new edge of the square and a background to Scharouns Philarmony.

The building with its openings allows views to the main architectural icons around and put them in context to each other. In the same time it becomes a landmark on its own and will function as a required identity for the Kulturforum.

All main exhibiton spaces are positioned within the semi basement while the roof of it is dedicated to the public realm with extensive green areas and accessible courtyards. 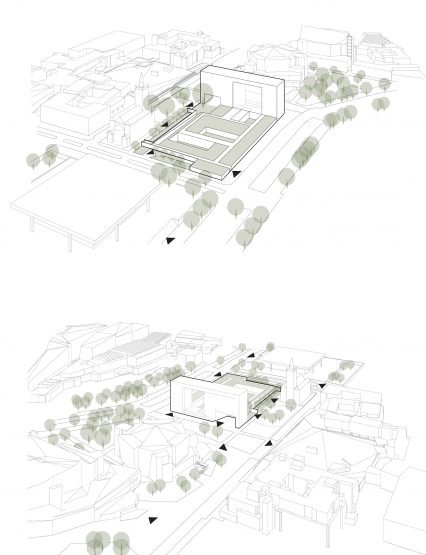