As part of the Urban Lights Festival in the Ruhr Area of Germany, an architectural performance of light and sound, focusing on a tower block in the centre of Bergkamen, had been created. Simultaneously a landmark and an eyesore, the structure had been unoccupied for 15 years and was demolished by the end of 2015.

As a farewell, the building was painted black signifying its ominous fate but also transforming it into a screen for the projection of an absorbing laser show that tracks the story of the building. Interviews undertaken with former inhabitants of the building were transmitted via a radio channel located at the top of the building allowing visitors to tune in on their own devices while enjoying the spectacle.

The work was created in collaboration with artist Christoph Rodatz. 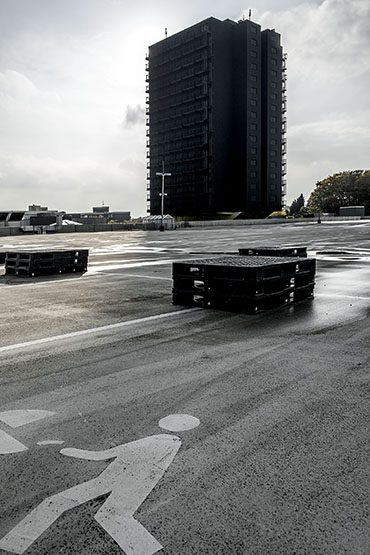