The project started with the consideration of the large amount of abandoned housing estates and their impact on the different neighbourhoods around Oldham. Numberless houses are neglected and locked by borded up windows with perforated metal sheets.

The installation reconnected the neighbourhoods in the area by using those typical elements and turn the negative stigma into a positive momentum.

A facade had been created with 11.540 specifically branded magnets which equaled the inhabitants of the borough. These have been handed out to each inhabitant during the festival and after the installation.

Magnetic attraction or repulsion is a fundamental natural phenomenon. It provides the ultimate polarity of the universe being either positive or negative.

During the installation process, pupils from the neighbourhood have taken part in various workshops helping to create this major public artwork. 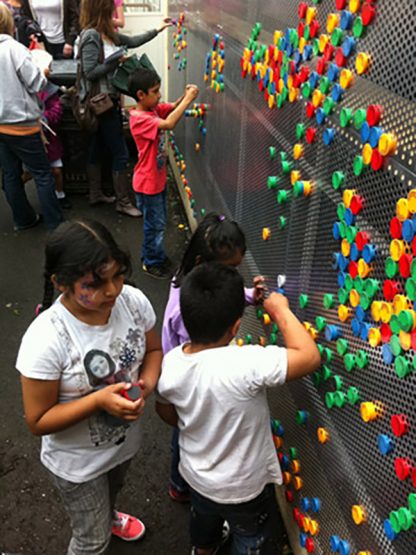