Ongoing Participation through Workshops and Symposia

The Aedes Network Campus Berlin, ANCB, is a unique “Metropolitan Laboratory” focusing on the future of our cities. After three decades of exhibiting, publishing and convening some of the world’s most internationally acclaimed and pioneering architects, Aedes have opened their doors to researchers and students from all around the world.

The École Spéciale d’Architecture has also been participating at the ANCB where Bernd and Karsten were leading the workshop units.

So far 3 workshops and an installation have been taken place:

17 – 20 September 2009: BERLIN WALLS Students had to address the theme of Berlin’s urban borders, developing proposals to overcome and, where appropriate, reinforce these border conditions.

19 – 24 March 2010: THE WRIEZ The unit had to explore how the original and distinctive character of the area around the former Wriezener train station can be retained in a new architecture or urban design. The aim was to create a ‘cultural station’ for Berlin’s creative and experimental minds, a place to meet and join groups for sport, events and public discussions

The task is to develop a Centre for Humanitarian Affairs, located on a site directly to the north of Berlin’s Hauptbahnhof train station where a 40-hectare development area known as the Europacity Quarter is currently under development.

The goal of the CHA is to create a hub for humanitarian affairs where different NGO’S have representatives under one roof and develop a holistic approach to the increasing natural disasters all over the world.

Currently there is no one in charge of solving natural disasters in a coordinated way, countless NGO‘s, institutes and agencies are working for themselves.

The CHA should act as a hub and test field for the different measures such as food supply, equipment and in particular the development of shelter. Apart from accommodation, offices and auditoriums construction test fields and workshops will be in the heart of the complex where the different methods of building quick, robust and according to the conditions of each location can be developed. 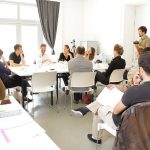 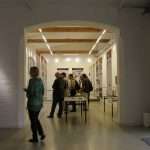 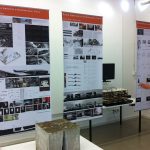 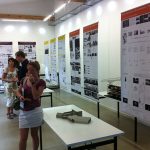